Readers of this blog & folks here in New England know that I’m not talking about winter 2014/15 when I say short.  I love winter, I love snow – as I confessed in an earlier blog and this winter started with our first snow fall of 15 inches on the day before Thanksgiving and our latest (last?) 3 inches on April 8.  That’s not a short season.  I’m talking about the maple sugaring season.

It just snuck up me this year.  I knew I’d opened my 4th and last gallon of 2014 maple syrup in early February so I’d need to restock my supply soon but it was only yesterday that I made my visit to Ben’s Sugar Shack in Newbury. It turns out would be the last weekend that they're boiling this year. 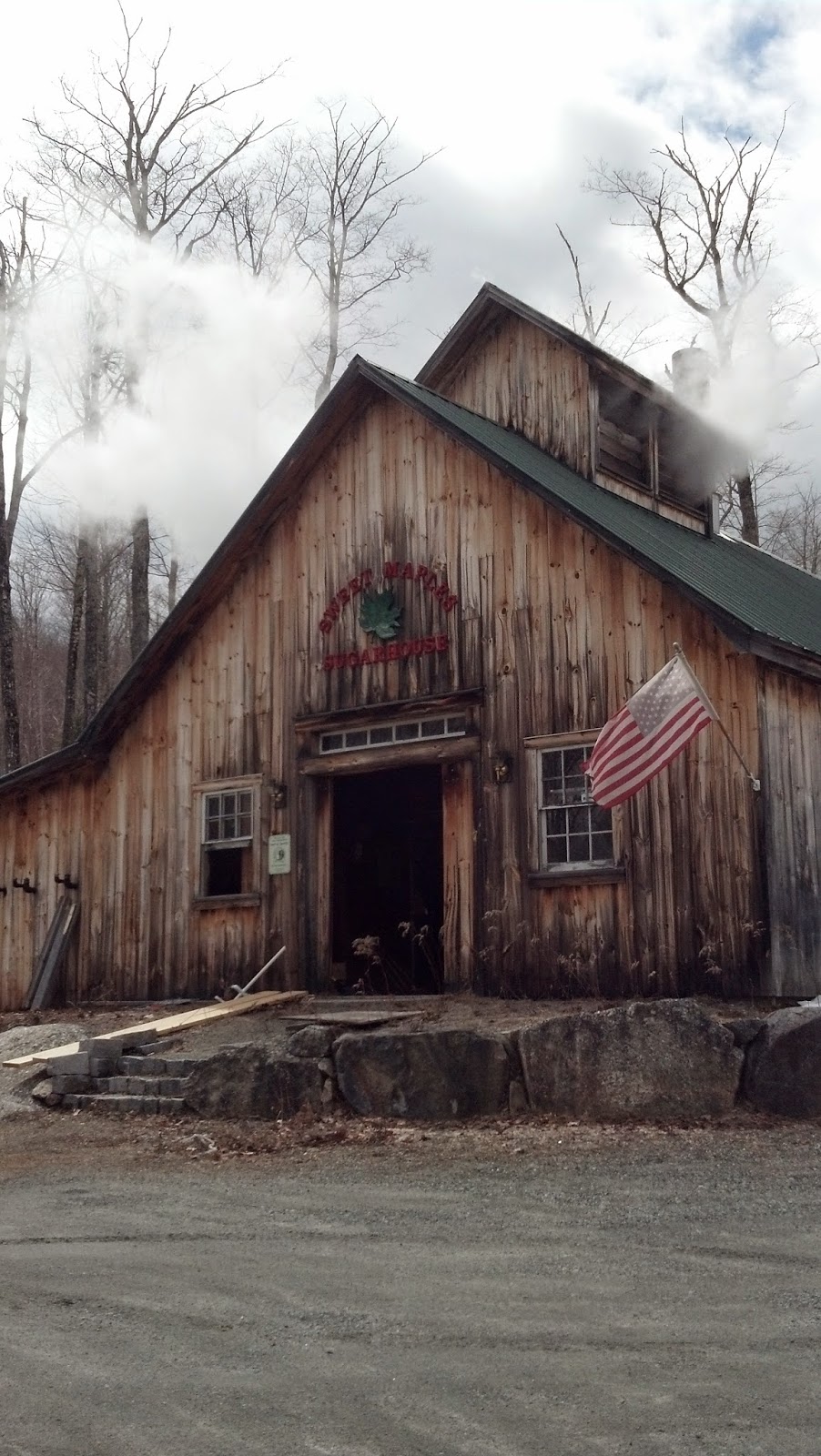 Ben Fisk is an enterprising young man who credits a preschool trip to a maple sugar house as the seed for his dream.  He has thousands of trees tapped and processes the sap into syrup at two sugar houses.  I like to go to the shack  because it smells so wonderful there.  That’s not clouds above the shack – that’s steam from the sap boiling off.   If you can’t get there yourself, Ben runs an on line store http://www.bens-maple-syrup.com/  The web site is worth a visit for history and science of maple sugaring.
Ben tells me the season got a late start this year because we had so many cold days.  Springtime is the season for "sugaring", when nights are cold (below freezing) and days are warm - best around 40 degrees. The sap gathering stops abruptly when the weather turns balmy, for the tree's nutrients are being mobilized to feed the leaf buds, and these metabolites cause objectionable off-flavors in syrup.  It is forecast to be 70 degrees tomorrow so production will be shutting down this weekend.  Despite increasing the number of trees “under tap” this year, Ben will produce about the same amount as last year – 5,000 gallons. 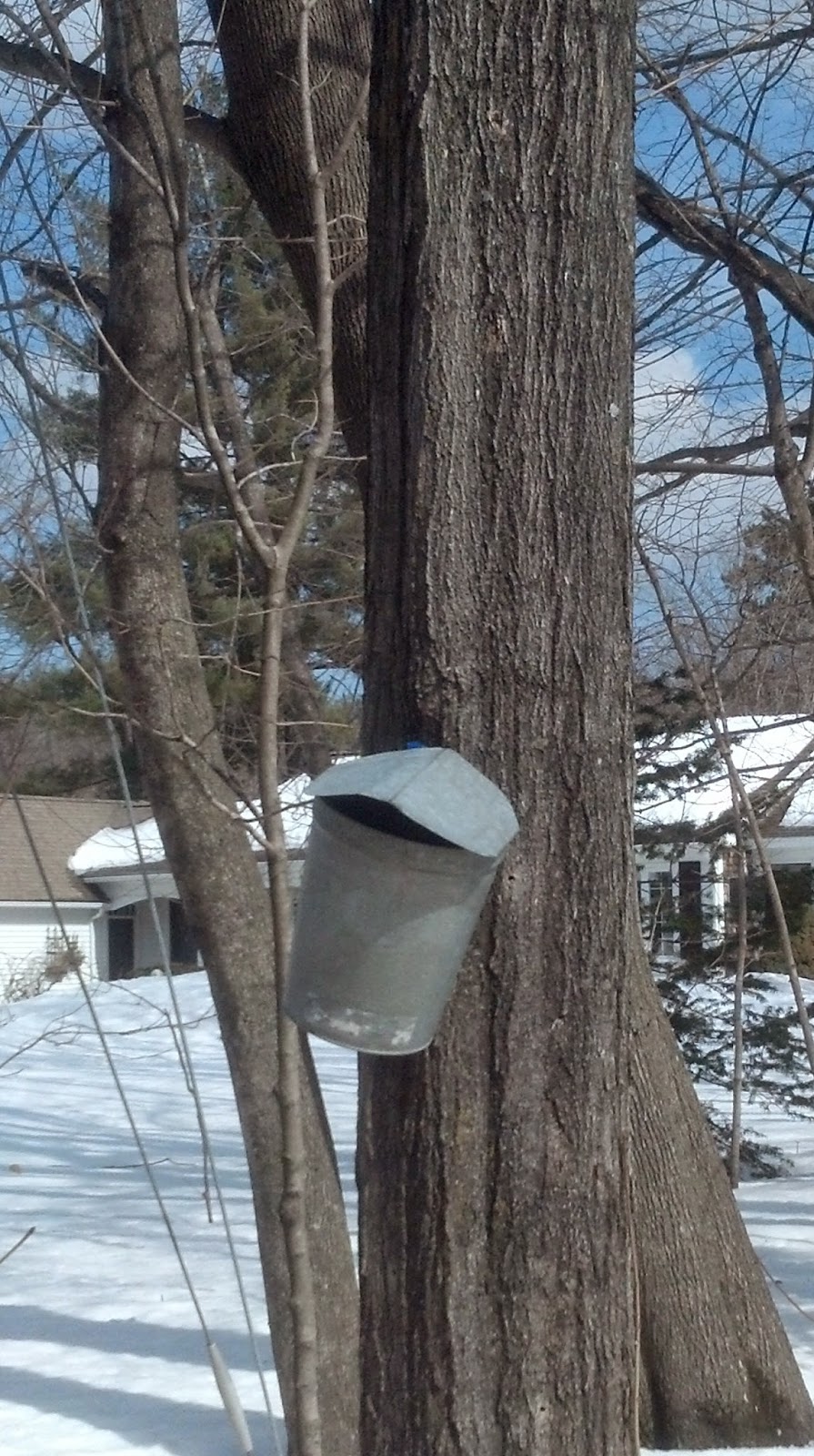 Yes, the bucket is iconic and you'll see them around New Hampshire during the season.

Ben prefers the efficiency of lines and tanks - small detail but I think there are miles of blue lines woven round the woods in the background. 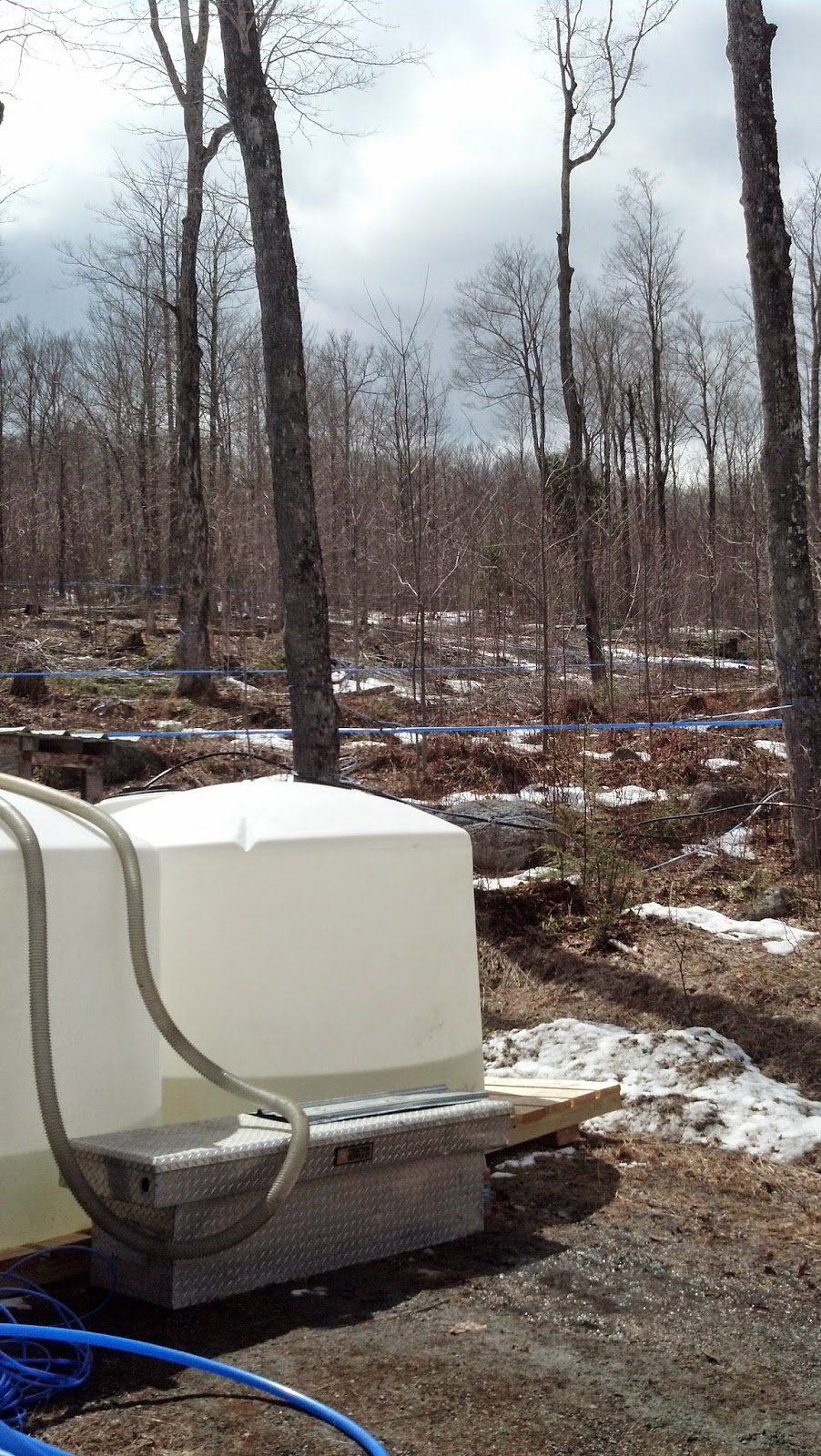 His evaporator is very high tech but Ben relieves on his eye to check the consistency. 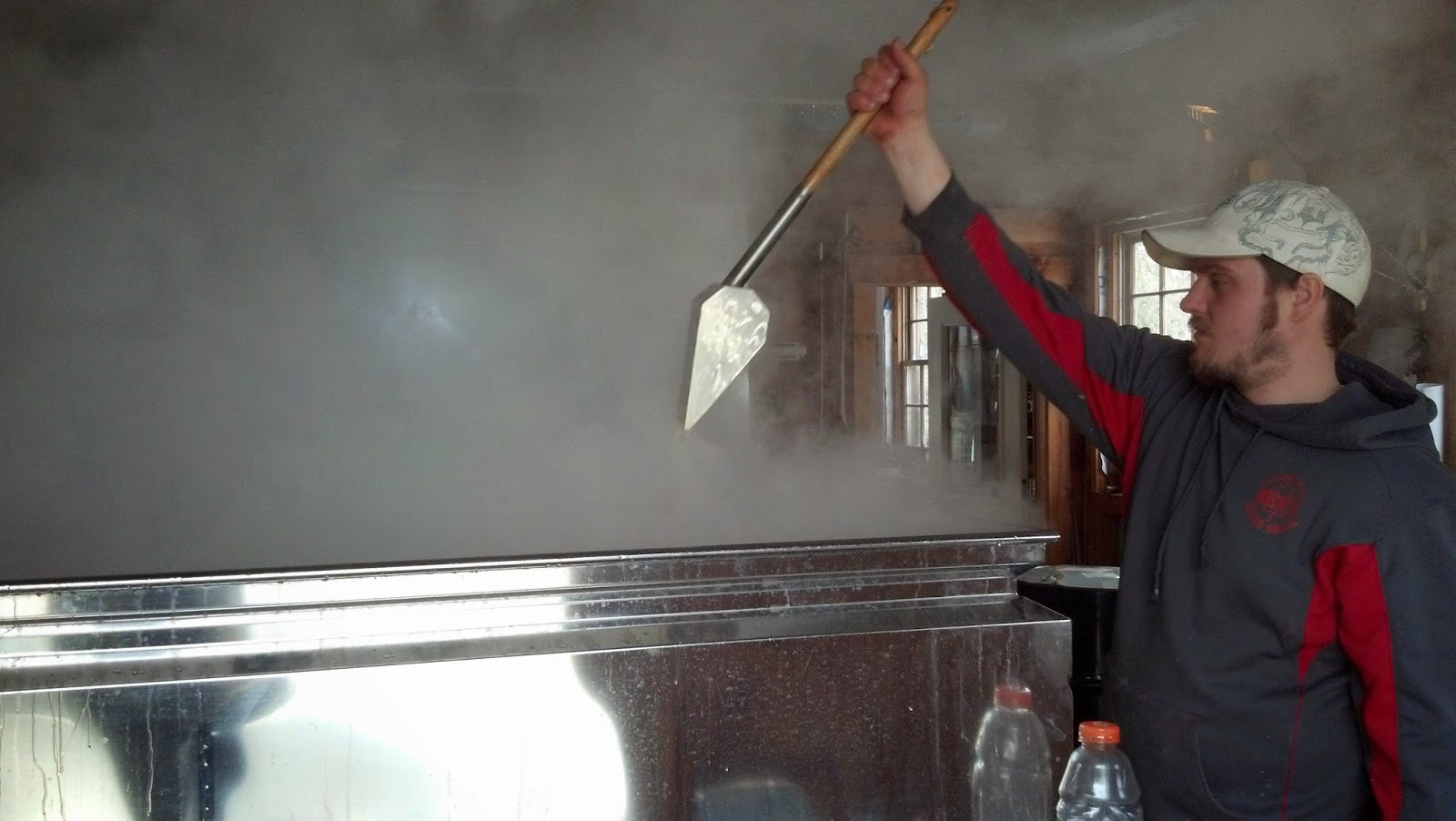 I nearly missed it so my advice is order on line and mark your calendar for next year.  It's a short sweet season you don't want to miss!  Me, I've got my stash and will be enjoying maple syrup on apple pancakes, French Toast and in a new oatmeal cookie recipe I picked up from Ben.  Yumm!